With marriage equality becoming more and more accepted by a majority of the American public, it is frustrating that the legal landscape for committed same-sex couples is still so uncertain. Marriage equality laws seem to be in constant flux, and Texas continues to lag behind in not recognizing same-sex marriages. Thus, same-sex couples in Texas should take legal measures to approximate protections for their spouses that are automatically afforded opposite-sex married couples. These measures include entering into “pre-marital” agreements such as domestic partnership agreements and/or cohabitation agreements, name changes for adults and for children, adoption of children, and estate planning. 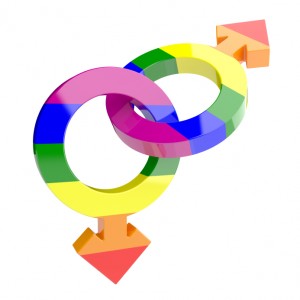 Cohabitation agreements are similar to pre-nuptial agreements in that they essentially govern the division of property upon the dissolution of the relationship.

Another measure that same-sex couples may want to take is for one spouse to adopt the other spouse’s last name. This process does not happen upon marriage as it does for opposite-sex couples, but there is a procedure for a person to apply for a name change under the law.

The person seeking the name change must state the reason for the name change. He or she must also disclose any criminal history that requires registration under Chapter 62 of the Criminal Code, as well as any criminal convictions for offenses above a Class C misdemeanor. The applicant must also submit fingerprints.

For this reason, it is vital for same-sex couples to have estate plans in place to protect their spouse’s rights to participate in important decisions during each other’s lifetime and to allow the surviving spouse to inherit property after the death of the first spouse.

Just as with opposite-sex couples, same-sex couples may find that they want or need to formally end the relationship. A so-called “gay divorce” may involve:

The specifics of the “divorce” and the necessary actions will depend on a number of factors including: whether the couple was married under the laws of another state that allows same-sex marriage; whether the couple has entered into a domestic partnership or cohabitation agreement; the adoption and relationship status of any children the couple may have; and so on. It is important to consult with an attorney who is experienced with the family laws that impact same-sex couples.